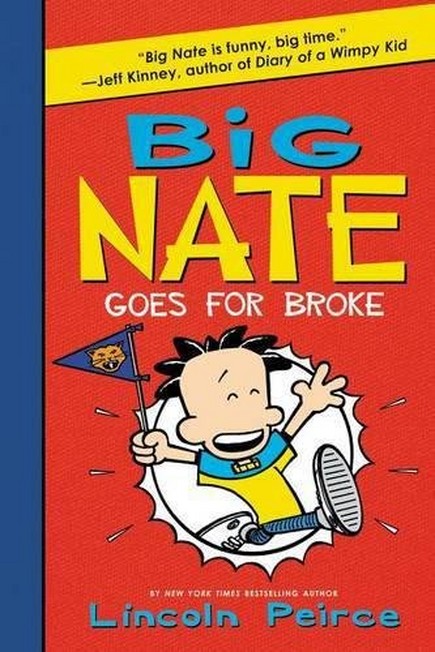 For fans of the hilarious Diary of a Wimpy Kid series, here comes the fourth novel in the New York Times bestselling series Big Nate, now in paperback.

BIG NATE IS GOING FOR BROKE!

In Book 4, Nate is back in action. This time, Nate's quest to achieve his destiny (you know…greatness) lands him in the hospital with a broken bone. Meanwhile P.S. 38 is in competition with its biggest school rival and Nate wants to save the day. Will he crack under the pressure of the "Ultimate Snowdown"? Or lead P.S. 38 to its biggest victory ever?