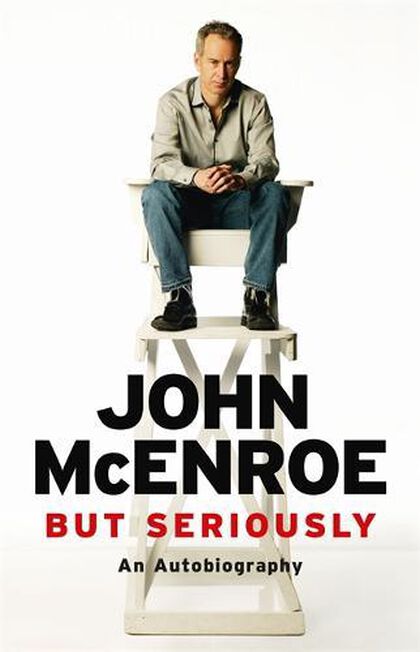 But Seriously An Autobiography

He is one of the most controversial sportsmen in history and a legend of Open Era tennis. But after reaching the top of his game - what came next? A decade after his international number-one bestseller SERIOUS, John McEnroe is back and ready to talk. Now the undisputed elder statesman of tennis, McEnroe has won over his critics as a matchless commentator and analyst at Wimbledon and other Grand Slam tournaments - with outspoken views on the modern game and its top players. He has continued to compete on the court, winning the ATP Champions Tour a record six times, and has travelled the globe to play in charity events. More surprising have been the calls from TV producers, inviting John to riff on his famous hot temper in cult shows such as 30 ROCK and CURB YOUR ENTHUSIASM. And then there is his long-standing passion for American contemporary art. In BUT SERIOUSLY John McEnroe confronts his demons and reveals his struggle to reinvent himself from ex-champion to father, broadcaster and author. The result is a richly personal account, blending anecdote and reflection in an inspirational re-evaluation of what it means to be - and stay - successful.
Product ID #‎85_229766_000