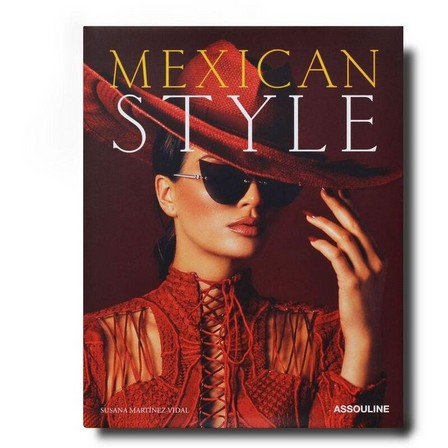 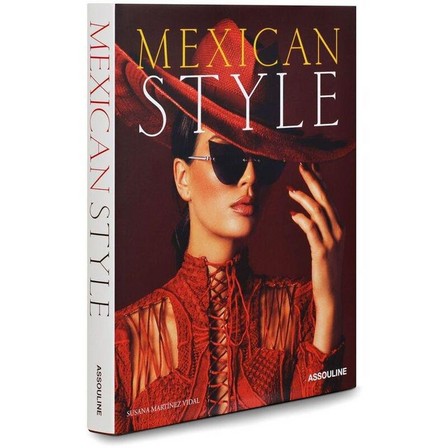 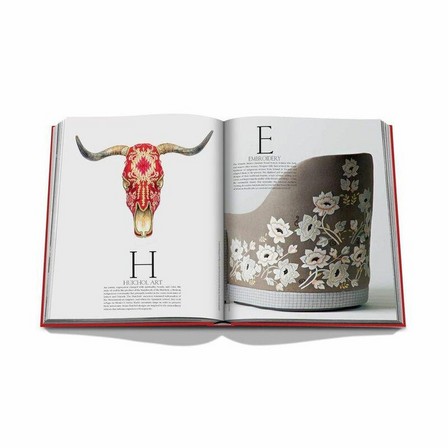 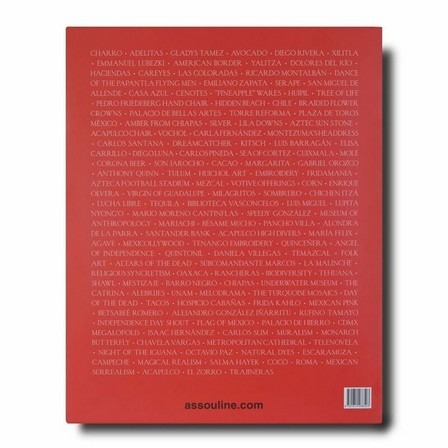 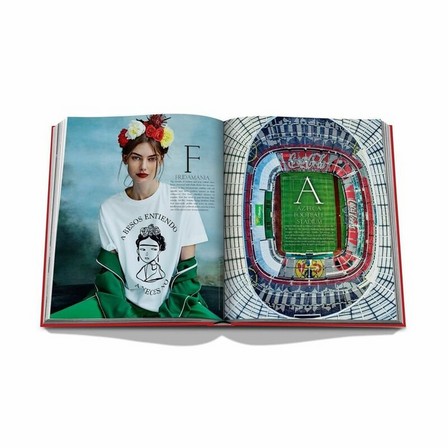 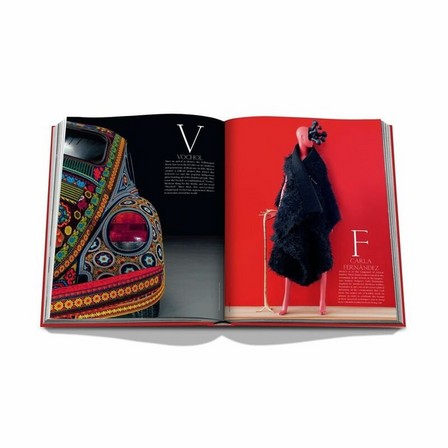 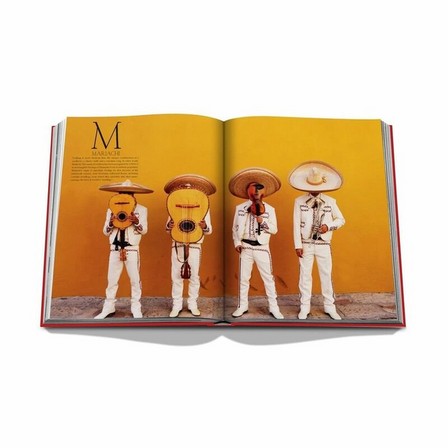 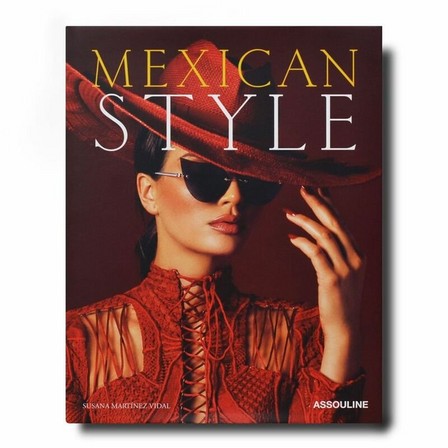 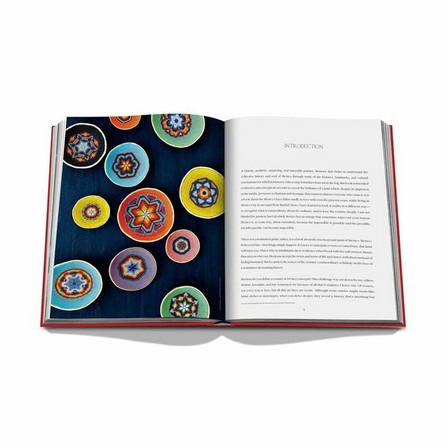 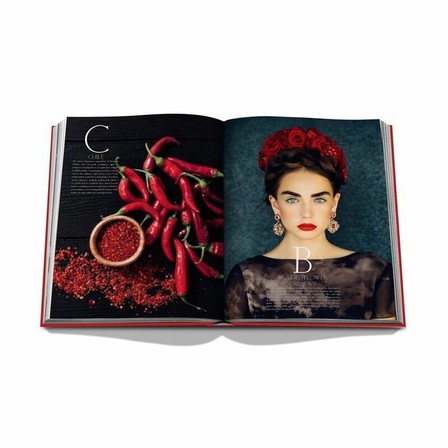 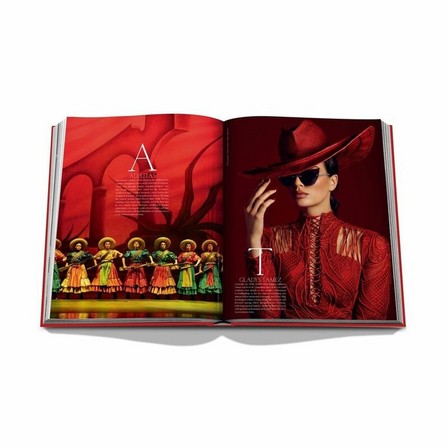 With the most vibrant and original curation of images ever to be assembled and clever descriptions of the concepts that define its soul, Mexican Style is a 360-degree exploration of this mythical and colorful country. A breath of air clears away the clouds that at times obscure the country’s unique identity to outsiders, and each page in this exceptional addition to Assouline’s Style series reveals the color and brilliance of a nation that fascinates the world. Mexican Style is an aesthetic, chaotic, surprising and delightful journey that helps us to understand the memory, collective history and heart of this land.

Author Susana M. Vidal showcases all of Mexico’s facets, doing a deep-dive into different cultural categories, from gastronomy to cinema and natural wonders, and showcases the most iconic features for each one. With the flair of a true aficionado, Vidal tells the tale of the Day of the Dead, presents the “Frida effect” in its various forms, and highlights the history of chocolate, mezcal, chili and the duality between yesterday and today, through the nation’s deep communal sense—Mexico’s greatest personality trait. Through its pages, Mexican Style reveals what truly enamors us to the country’s intoxicating spirit.

Susana M. Vidal was born in Madrid and has lived in Mexico City since 2010. A journalist and author, she was the director of ELLE España for eighteen years and ELLE Decoración for seven. She was in her twenties when she founded the magazine Ragazza, which in its time was an unprecedented success in the youth market and catapulted her to becoming the youngest director of any edition of ELLE in the world. Frida Kahlo inspired the first fashion editorial she produced as the director of ELLE España, and since then, she’s passionately followed the influence of Kahlo in fashion, music and culture. After seeing the first exhibit of Frida’s clothing at the Casa Azul in 2012, Vidal was inspired to write her first book, Frida Kahlo: Fashion as the Art of Being (Assouline, 2016.), recommended by The New York Times and Vanity Fair UK, with the work receiving coverage from notable magazines across more than twenty countries. Her second book, Efecto Frida (“The Frida Effect”) (Espasa, 2018.), analyzes the eight life lessons of the acclaimed artist.