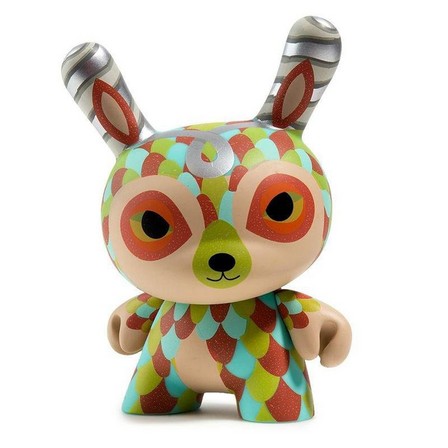 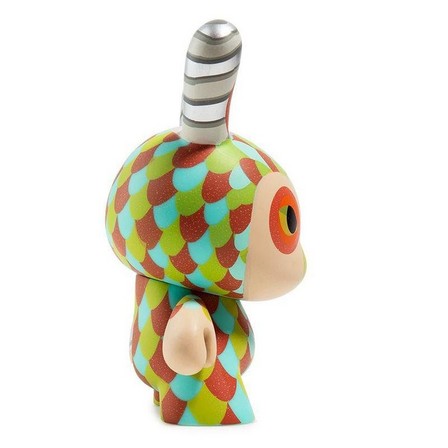 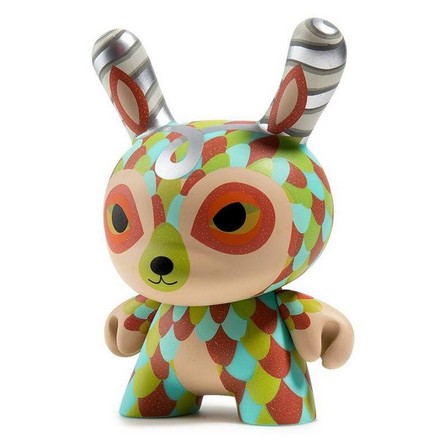 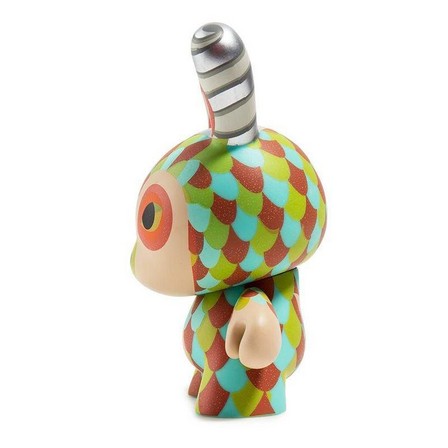 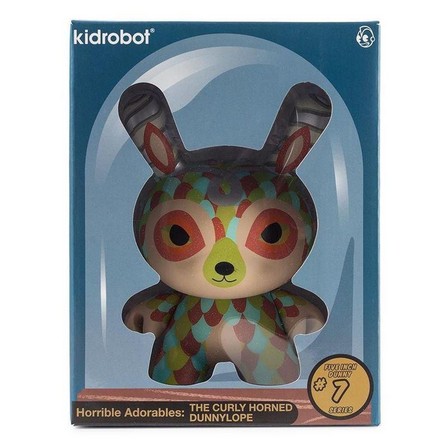 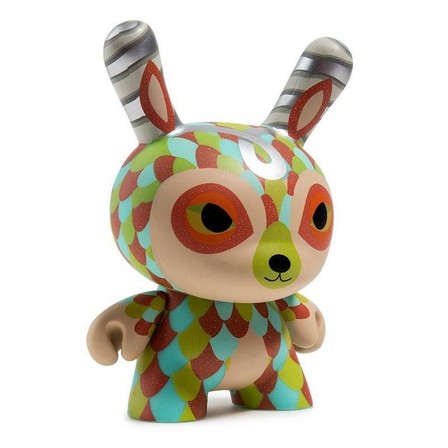 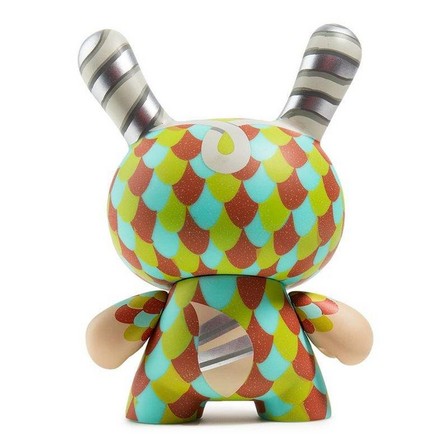 From an enchanted forest in a distance land lives a mystical creature so rare only the most avid collectors can catch it. Kidrobot has teamed up with the past winners of the Designer Toy Awards Breakthrough Artist of the Year, Jordan Elise Perme & Christopher Lees (collectively known as Horrible Adorables), to lead the hunt for the elusive Curly Horned Dunnylope. This meticulously designed 5" tall Dunny art figure features the unmistakable signature style of Horrible Adorables.

Horrible Adorables are the creations of Jordan Elise Perme and Christopher Lees; a wife and husband team from Cleveland, Ohio. They bring their soft sculptures to life by meticulously arranging patterns of felt scales onto hand carved forms. The resulting characters have qualities that are both cartoonish and eerily realistic at the same time. Horrible Adorables are strange hybrid creatures from a fantastical world. Their facial expressions and postures reveal recognizably human emotions.