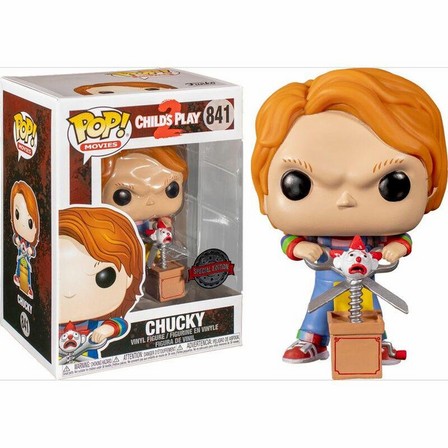 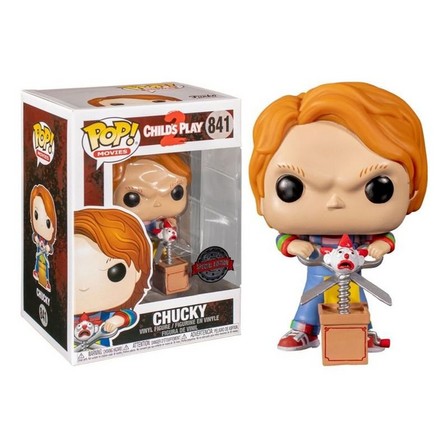 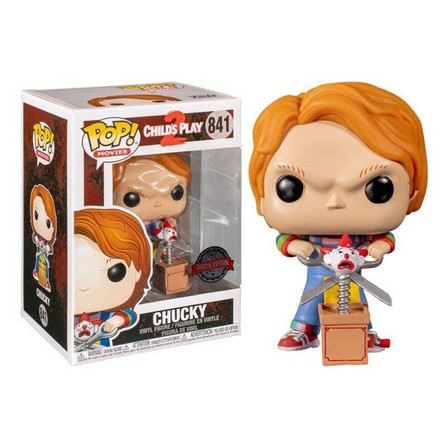 Set two years after the first film; Child's Play 2 follows Charles Lee Ray (better known as Chucky) continuing his pursuit for Andy Barclay, who was placed in foster care and transferring his soul into him after being resurrected What we have here is a tribute to the film's original cinema poster, which featured the evil Chucky about to slice the neck of a poor innocent Jack-in-the-Box. This Pop! showcases that iconic visual, making this possibly the most must-have Child's Play Pop! Vinyl Figure to date

Features:
- Chucky from Child's Play 2 with Jack & Scissors, as seen on the original movie theatre poster and home video release cover is here as a Funko Pop Vinyl figure!
- This is a must-have for any Horror, Chucky or Funko fan and is only available at FYE.
- Funko Pop! Movies #841 Child's Play 2 Chucky
- 3 3/4 inch tall Vinyl Figure that makes a great addition to any Funko collection.
Product ID #‎85_103563_000