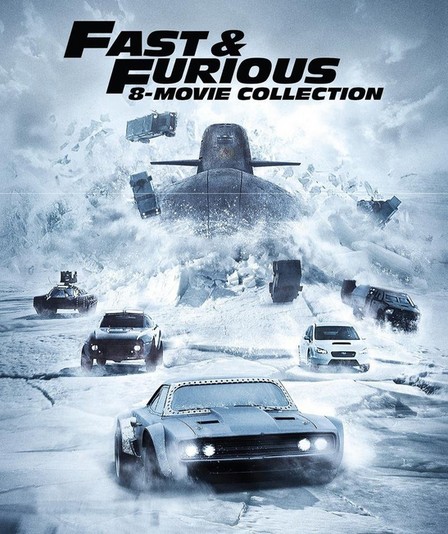 The Fast and the Furious(2001)
Domenic Toretto is a Los Angeles street racer suspected of masterminding a series of big-rig hijackings. When undercover cop Brian O'Conner infiltrates Toretto's iconoclastic crew, he falls for Toretto's sister and must choose a side: the gang or the LAPD.

2 Fast 2 Furious(2003)
It's a major double-cross when former police officer Brian O'Conner teams up with his ex-con buddy Roman Pearce to transport a shipment of "dirty" money for shady Miami-based import-export dealer Carter Verone. But the guys are actually working with undercover agent Monica Fuentes to bring Verone down.

The Fast and the Furious: Tokyo Drift(2006)
In order to avoid a jail sentence, Sean Boswell heads to Tokyo to live with his military father. In a low-rent section of the city, Shaun gets caught up in the underground world of drift racing.

Fast & Furious(2009)
When a crime brings them back to L.A., fugitive ex-con Dom Toretto reignites his feud with agent Brian O'Conner. But as they are forced to confront a shared enemy, Dom and Brian must give in to an uncertain new trust if they hope to outmaneuver him. And the two men will find the best way to get revenge: push the limits of what's possible behind the wheel.

Fast Five(2011)
Former cop Brian O'Conner partners with ex-con Dom Toretto on the opposite side of the law. Since Brian and Mia Toretto broke Dom out of custody, they've blown across many borders to elude authorities. Now backed into a corner in Rio de Janeiro, they must pull one last job in order to gain their freedom.

Fast & Furious 6(2013)
Hobbs has Dominic and Brian reassemble their crew to take down a team of mercenaries: Dominic unexpectedly gets convoluted also facing his presumed deceased girlfriend, Letty.

Furious 7(2015)
Deckard Shaw seeks revenge against Dominic Toretto and his family for his comatose brother.