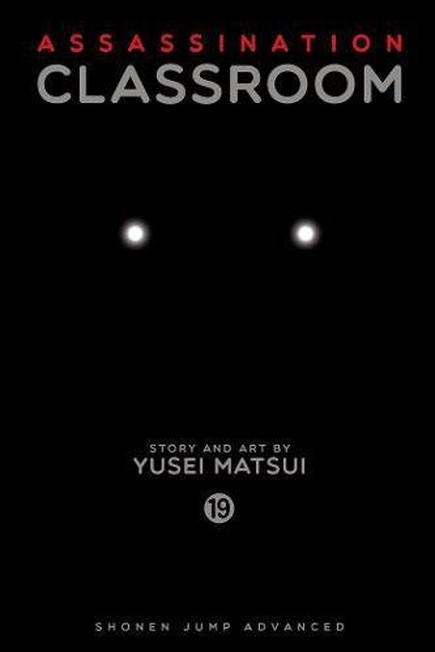 What does a pathetic class of misfits have in their arsenal to combat their schoolteacher's alien technology, bizarre powers and...tentacles?!

What does a pathetic class of misfits have in their arsenal to combat their schoolteacher's alien technology, bizarre powers and...tentacles?! Ever caught yourself screaming, "I could just kill that teacher"? What would it take to justify such antisocial behavior and weeks of detention? Especially if he's the best teacher you've ever had? Giving you an "F" on a quiz? Mispronouncing your name during roll call...again? How about blowing up the moon and threatening to do the same to Mother Earth-unless you take him out first?! Plus a reward of a cool 100 million from the Ministry of Defense! Okay, now that you're committed... How are you going to pull this off? What does your pathetic class of misfits have in their arsenal to combat Teach's alien technology, bizarre powers and...tentacles?! Koro Sensei's lessons in verbal defense are put to the test when Karma must use his brains instead of his brawn to rescue a classmate. Then things finally begin to go smoothly for the students of 3-E. Everyone receives some good news about their futures, and Nagisa settles on a career goal. But the peace is broken when the world's nations miraculously manage to coordinate their efforts long enough to launch a plan to assassinate Koro Sensei-with the aid of the strongest mercenary in the world and an ultimate weapon! Will anyone break ranks to protect everyone's favorite tentacled teacher...? The surprise hit, a bizarre action comedy about a tentacled teacher with a heart, is a consistent Bookscan and New York Times graphic novel best seller. * Releases 6 times a year for 21 volumes. Series ends at 21. * Creator Yusei Matsui attended NY Comic Con 2016 (170,000 plus attendees) for panels and signings.* Assassination Classroom has sold over 163,000 copies in the US over 14 volumes (Bookscan 2/17). * Nominated for 2016 Eisner Awards for "Best U.S. Edition of International Material-Asia." * Live-action movie premiered in Japan in 2015, and the sequel was released in 2016. * Funny, action-oriented, heartwarming-plus plenty of kinky fan service.
Product ID #‎85_314433_000