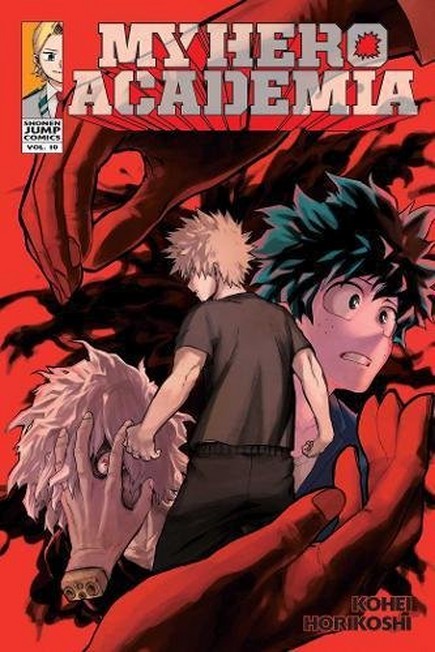 What would the world be like if 80 percent of the population manifested superpowers called "Quirks"? Heroes and villains would be battling it out everywhere! Being a hero would mean learning to use your power, but where would you go to study? The Hero Academy of course! But what would you do if you were one of the 20 percent who were born Quirkless? The League of Villains has grabbed Bakugo, and the resulting negative publicity has thrown U.A. into a huge uproar. With the public's trust in heroes threatened, the faculty convene to figure out what to do. But Midoriya and the students of Class 1-A have plans of their own, even if their operation to rescue Bakugo could get them thrown out of school!
Product ID #‎85_314378_000