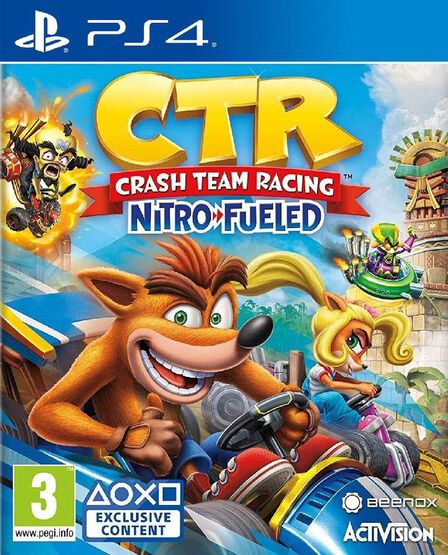 Crash is back in the driver’s seat in Crash Team Racing Nitro-Fueled! Get ready to go fur-throttle with the legendary CrashTM Team Racing experience that kicked kart racing games into high gear plus a whole lot more. The fully-remastered Crash Team Racing Nitro-Fueled includes the modes, characters, tracks, power-ups and controls that fans remember from the original game, but now playable on modern consoles and in HD. In addition to providing fans with an authentic CTR experience, fans will enjoy even more kart racing fun with redesigned and remastered tracks, karts, battle arenas, and battle modes from Crash Nitro Kart.

The muscle-memory will immediately kick in as players power slide, jump, and whiz around corners just like they did in the ‘90s.
Product ID #‎85_224199_000