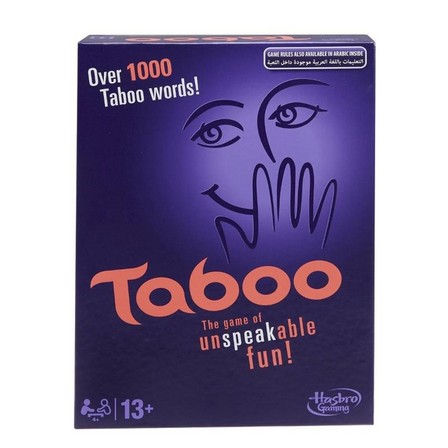 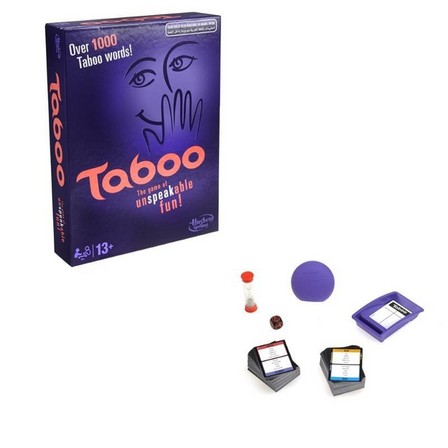 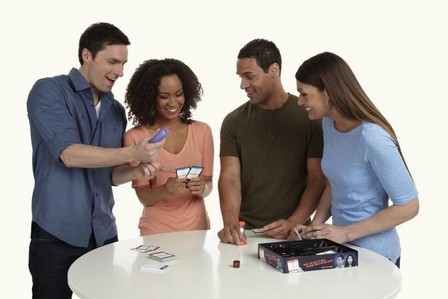 Taboo is the game of unspeakable fun! Can you get your team to say Brain Freeze? What if you can't say Ice Cream, Headache, Eating, Cold or Fast? Not so easy now, is it? When you play Taboo, the obvious clues are strictly taboo! You have to give creative, carefully-worded clues to get your team to guess words fast. But don't mention unmentionables, or you'll get the squeaker and lose the point! Once you've mastered the classic game, you can use the game-changer die to mix it up. If it lands on One Guesser, only one teammate can guess on your turn. With 4 other possibilities on the die, you'd better be shrewd, quick-thinking and willing to take some risks - but don't get shut down by the squeaker!

Classic Taboo game challenges you to guess words and phrases! You lose a point if you use any of the Taboo words! Game-changer die lets you change up the game once you've mastered the classic version! When a describer uses any Taboo words, use the squeaker to squeak them!