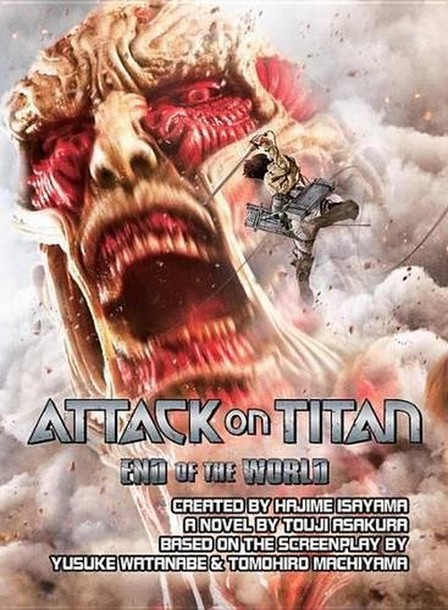 Attack on Titan End of the World | Touji Asakura

An action-packed stand-alone light novel, based on the 2015 film!

ATTACK ON TITAN END OF THE WORLD is the adaptation of the 2015 Japanese film based on the manga of the same name.

In the novel Eren Yeager, and his childhood friend Armin Arlert, join the Survey Corps, a military corporation to fight gigantic humanoids called the Titans after their hometown is attacked by a Colossal Titan.
Product ID #‎85_16045_000