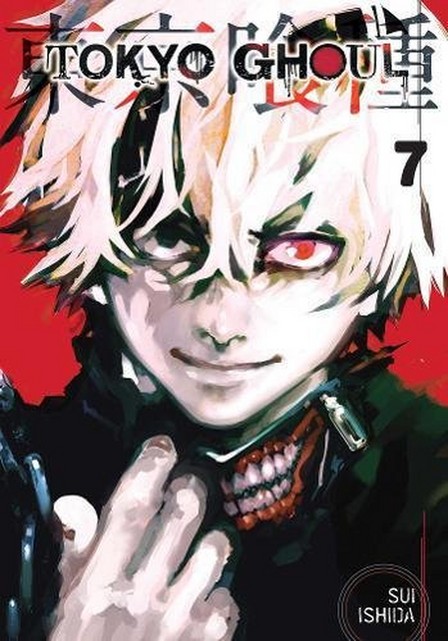 Grotesque horror/action story about a reluctant monster that has become the definitive smash hit of 2015.

Ghouls live among us, the same as normal people in every way-except their craving for human flesh. Ken Kaneki is an ordinary college student until a violent encounter turns him into the first half-human half-ghoul hybrid. Trapped between two worlds, he must survive Ghoul turf wars, learn more about Ghoul society and master his new powers.
Product ID #‎85_17192_000