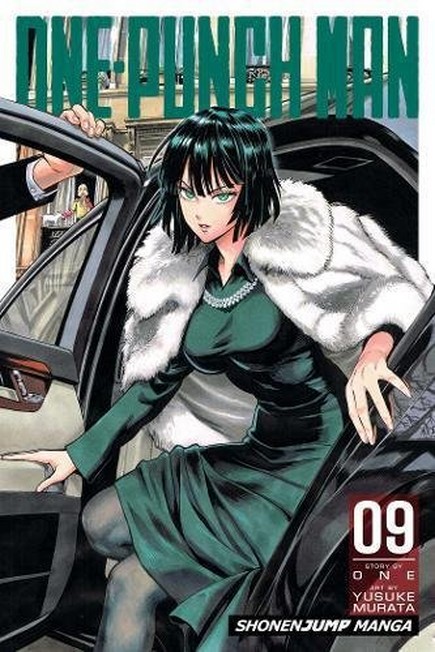 Long-awaited print edition of the action-packed superhero comedy about one man's conviction to be a hero for fun!

Nothing about Saitama passes the eyeball test when it comes to superheroes, from his lifeless expression to his bald head to his unimpressive physique. However, this average-looking guy has a not-so-average problem-he just can't seem to find an opponent strong enough to take on! Garo, a man who admires monsters, attacks the Hero Association! But after pulverizing the heroes there, he just leaves. What the heck does this guy want?! Meanwhile, Class-B, Rank-1 Miss Blizzard visits Saitama at his apartment. Since he's just a low-ranking hero, she thinks she can make him one of her subordinates, but as always, Saitama has other plans!
Product ID #‎85_61334_000