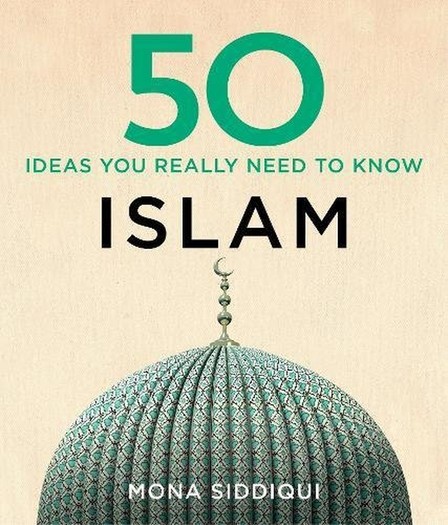 The 50 ideas that define and explain the Islamic faith, outlined in a series of clear and insightful essays.

No other religion is subject to as much debate and controversy as Islam. But who was Muhammad, and what did he teach? Does the Qur'an really preach holy war? What is the role of women within Islam? And what does the rise of Isil and militant Islam mean for Muslims and for the world? Explaining Islam's history, core beliefs and rituals, as well as current issues of political and social importance, this book covers everything you need to understand the world's fastest-growing religion. Written by renowned scholar and Professor of Islamic and Interreligious Studies, Mona Siddiqui, it addresses such varied concepts as the five pillars of Islam; the divisions between Sunni and Shi'a; the importance of Shari'a law; the significance of Mecca and the Ka'ba; the role of Ramadan, the veil, the mosque and the madrasa; and much more - all in 50 concise and expert essays.
Highlights & Specifications
Highlights & Specifications