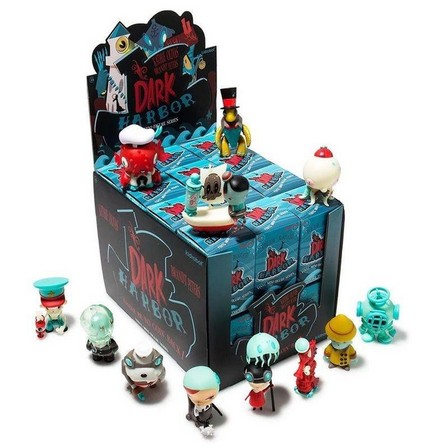 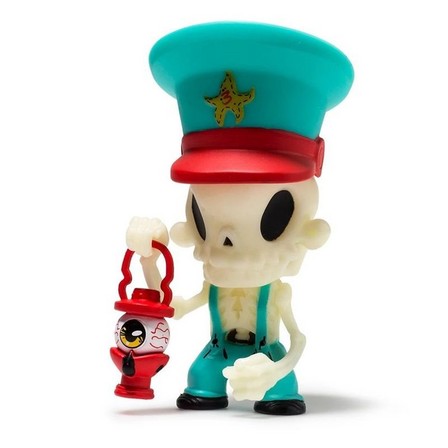 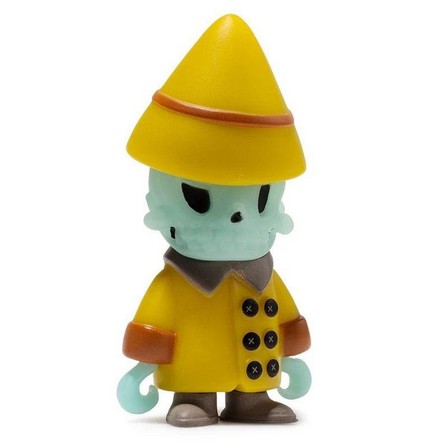 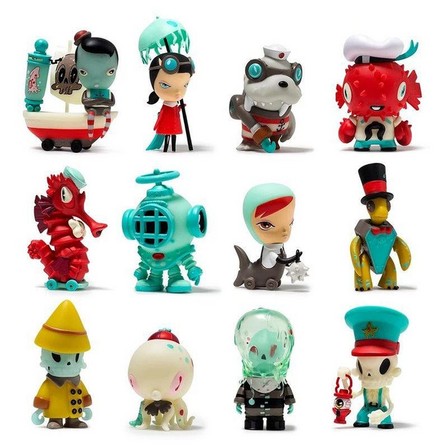 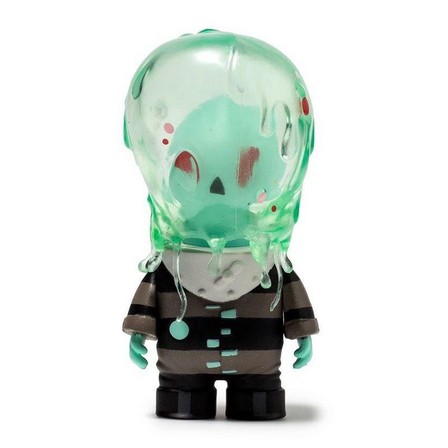 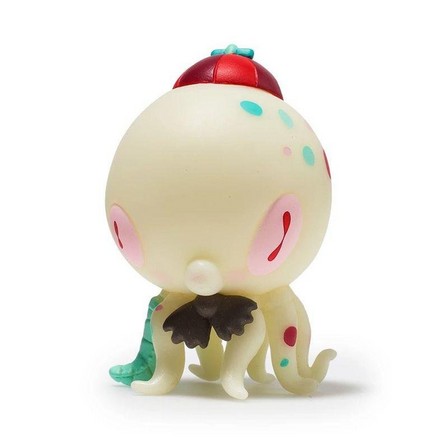 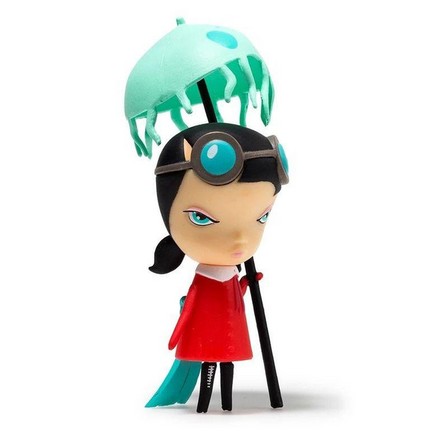 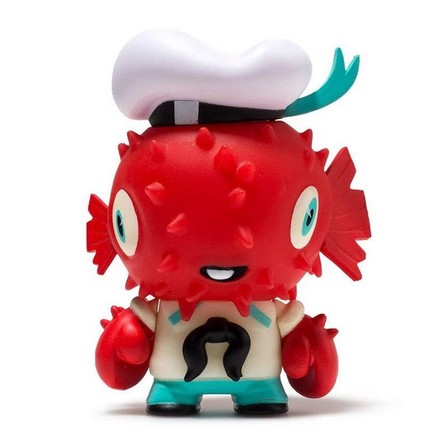 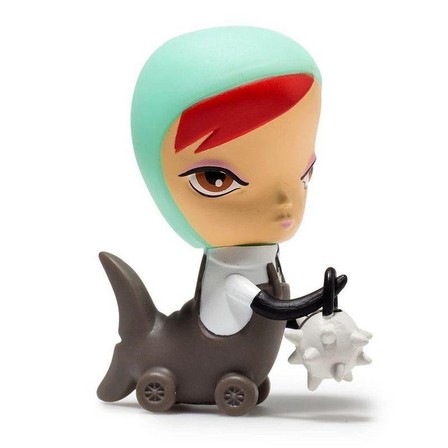 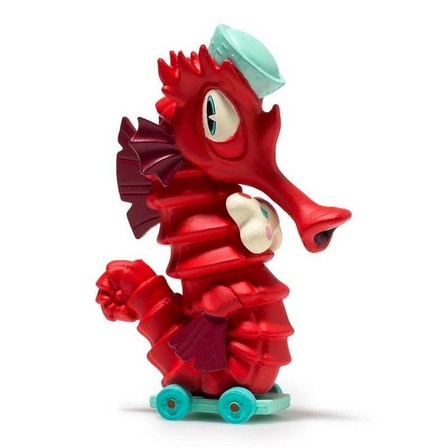 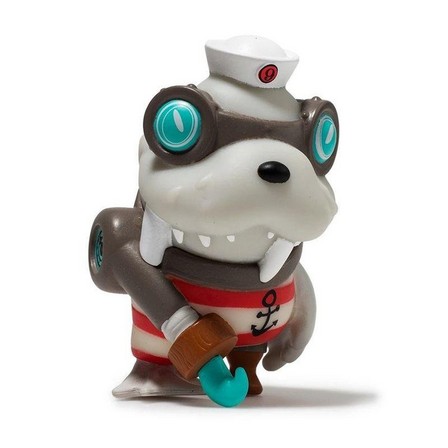 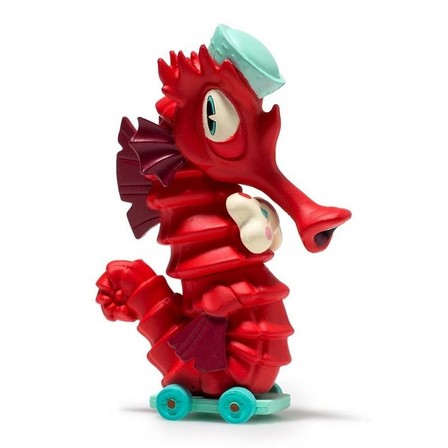 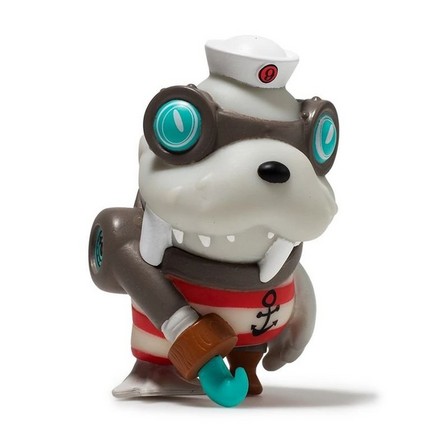 Kidrobot is excited to team up with artist Kathie Olivas and Brandt Peters for an all new artist designed mini figure series named Dark Harbor.

Right across the pond from Infernal Manor, through the Jelly Fish Islands, between the barnacle banks lies a mysterious Dark Harbor and the strange adventures of Lucy Curious. Curious met Strange one Summer vacation by what one could only describe as fate. With a shared fascination of all things strange, the two spent every single Summer together identifying local animal species, rare poisonous plants, and collecting sample specimens of expired sea life. One ill-fated Summer, Lucy’s vacation to the sea-side harbor never came to be, when her ship was lost at sea only a mere mile from the port...

At first word, Lord Strange took his boat out to find Lucy where he quickly found himself caught in a hidden world between the living and the dead. Lucy eventually did wash ashore, the only survivor. Upon her arrival to Strange’s manor, she is unable to find Strange but stumbles upon Strange’s secret laboratory filled with an army of curious mystical creatures and puzzling notebooks filled with plans for robotic marvels, maps to treasure filled ruins, worlds beyond worlds and top secrets yet to be known. It’s now up to Lucy to finish what Strange had started in, hopes of finding him one day.

Join Lucy Curious and her crew of fearless scalyywags, salty sea ghosts, curious beasts and robotic marvels as they travel the world to find her friend, Lord Strange.